I won't lie, answering questions about myself is very fun to me. How else would I know who I am? 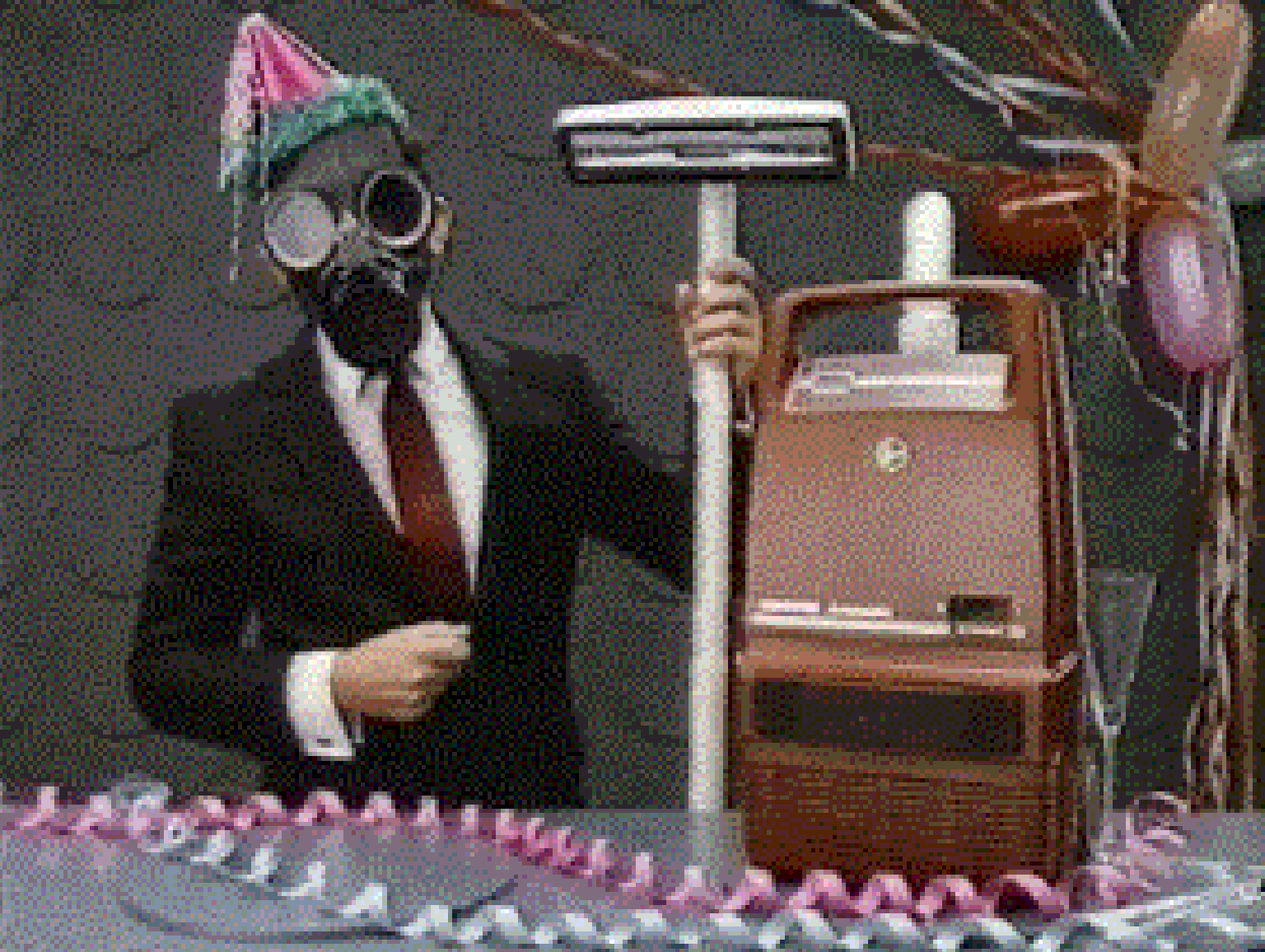 They call me Curio! Or Corpus! Or my real name which I'm not putting here! When I was 9 I stuck my finger in a broken wall socket and saw god, flash forward an amount of years that's more than four and less than nine and I'm a certified technology boy wizard! I have too many hobbies and won't shut up about any of them. They include:
Learning any number of computer languages extremely slowly and painfully(I love learning but nevertheless I'm pretty slow at it, I think it'd be faster if somebody else taught me but generally that just makes me hate the thing I'm supposed to be learning, I am the world's shittiest autodidact.)
Digital and traditional art(for digital I use CSP and for traditional I use shitty blue bic round stic pens)
Bad computer music(I use Renoise, Arturia's Analog Lab Lite, Matt Tytel's Helm and GarageBand)
Writing(Fiction, nonfiction, poetry, you name it! I'm especially drawn to obscure poetic forms right now, I can't stop writing pantoums)
Browsing Neocities(Read my Neocities Index to check out all my cool finds)
Watching strange movies(Peep my letterboxd, y'all)
3DS photography(It's an unweildy little thing but it produces some beautifully grainy images)

1. What were you doing at 11 last night?
Talking to some pals about if humanity is inherently bad(No, it isn't, nothing is)

2. Do you think you and your best friend will be friends in 10 years?
Don't really have a best friend but if you mean the friend that I'm most pumped about being friends with even if we don't hang out much then I hope so.

3. What could you eat any day of the week and never get tired of?
Bread, rice, pasta, any staple, you can do anything with that shit so it'd never get boring

4. What's the craziest thing you've done?
I'm not much of a daredevil but I stuck my finger into a broken wall socket as a kid for no fucking reason and took something like 120 volts of electricity with out any real injury besides my finger feeling kind of weird for a month.

5. Someone knocks on your window at 5am, what do you say?
Ask them how they got such a big ladder.. I live on the 3rd floor.

6. Funniest thing that happened in the last 24 hours?
I sat in a ton of fucking water yesterday and had wet pants all day, which sucked but I think it's funny looking back

8. Would you change yourself for the person you love?
It depends on how much.

9. Let me guess, your last incoming call was from the opposite sex?
Better! It was from a robot!

10. Would you kiss anyone you have texts from in your phone?
Yeah maybe

12. When was the last time something bothered you?
About 40 minutes ago, every time I leave my room everything bothers me, I've been told there's something wrong with how my brain processes my senses. By various adults in my life

13. Do you know how to work a computer well??
Fuck yeah(Ladies line up)

14. who did you last give the finger to?
Probably one of my pals

15. Is it more common for you to follow your heart or your mind?
My instinct! I'm spaced out all of the time so I don't really think or feel I just do what I think I should do.

16. Six months ago, can you remember who you liked, who was it?
I've vaguely liked one person for the last like two years but I don't give it much thought

18. Anything embarrassing happen today?
No, the sitting in a bunch of water thing from yesterday was pretty embarassing

19. Would you ever go on a game show if you were offered?
Depends on the gameshow, but yeah probably.

20. What does your phone do when it receives a new text?
It buzzes but it's always on silent, I fucking hate text tones

21. Has anyone ever done mean things to you while you were sleeping?
Nope!

22. Do you have someone of the opposite sex you can tell everything to?
I have an older sister if that counts

23. Would you rather be at the beach or lake?
Lake

24. Last thing you spent money on?
A large bag of Sour Punch Bites

25. What are you doing after this?
Buying another large bag of Sour Punch Bites

26. Your song of the week?
Killed by Telephones by Logan Whitehurst and the Junior Science Club

27. Have you ever cried from being so mad?
All the time

28. Are you happy with the choices you've made?
Some of them

29. I bet you miss someone, huh?
Yeah, I was really good pals with a girl who liked the same comedy stuff as me but she started being a dick to me, so I stopped talking to her but I've been getting into that comedy stuff more and some of the stuff she reccomended to me in the same vein and I can't talk to her about it!

30. Would you rather be forced to eat 100 bananas or 100 apples?
Apples, I love apples, I'm like a fucking horse over here

31. Have you dated the person you texted last?
The last person I texted was my mom, so obviously not. Your mom however..

33. Are you friends with the people you were friends with two years ago?
Not really, a ton of them started being dicks to me so I gave up on dealing with their shit.

34. Is there anyone you know with the name Mike?
My uncle(by marriage, not by blood), he's a lawyer from Wisconsin. My grandparents fucking hate him.

36. Who was the last person to call you baby?
Cashier at the super market while I was buying a single lime, in a motherly way

37. Has anyone ever sang to you?
I've been sung lullabies, but never serenaded, if that's what you mean.

38. What is your favorite color?
Purple

39. What color are your eyes?
Super dark brown

42. If you could have one wish right now what would it be?
Gee, that's a big question. I think I'd wish for an overwhelming amount of sympathy to flood everyone's brains and make them more kind to the people they're supposed to be fighting.

44. Do you want to get married and have children one day?
If my partner wanted it, then yeah.

45. Who is the 9th contact in your phone?
T-Mobile trying to get me to sign up for T-mobile Tuesdays

46. Ever liked someone who treated you like crap?
Yeah, to the point where they permanatly fucked me up with an offhanded comment

47. If you could spend more time with someone you used to be very close with, would you?
Yeah

48. Could you go a day without eating?
For sure, I wouldn't like it though

49. Did your parents force you to go to church or let you make the decision?
They force me to go, I have to sit outside for like half of it due to the afformentioned brain thing though

50. What are you excited for?
Barry Season Three! It's primering Tomorrow!

51. Did anyone see you kiss that last person you kissed?
You think I kiss people? I list Animorphs as some of my favorite books on this very page!

52. Do you still talk to the person you last kissed?
Re:Question 52

53. Would you date an 18 year old at the age you are now?
Ehh, I don't really want to date anyone right now

54. What are you listening to now?
Museum- Neil Cicierega

55. What woke you up today?
The sun coming through my window

56. Would you take someone back if they cheated on you?
Probably not

58. Who was the last person you have a missed call from?
Like ten diffferent spam numbers

59. Where was your default picture taken?
I'm not completely sure what this means

60. How many windows are open on your computer?
5, Clip Studio Paint, Finder, Discord, Proton VPN and Vivaldi

61. Anything you really want?
I want to be able to have a stable career based around my creative pursuits that doesn't burn me out

63. Can you have more than one best friend?
Technically no, but if you have a ton of really good pals and you want to call them that then good for you, I'm not gonna rain on your parade

64. What was last thing you drank?
Milk

66. What do you like better: hot chocolate or hot apple cider?
Apple cider all the way(Re: My thing about being a horse)

69. Do you know anyone whose pregnant?
Nope

70. What do you want right now?
A Large bag of Sour Punch Bites